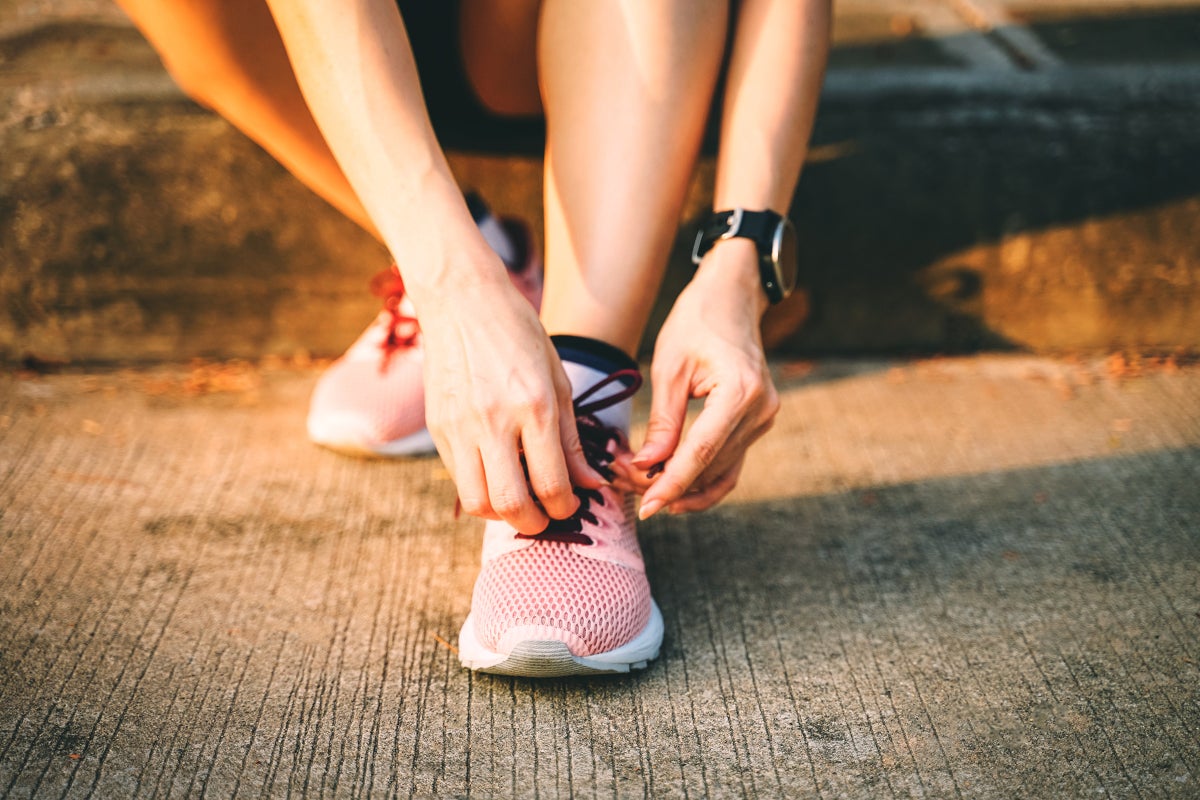 When I lost my Fitbit, it was the best thing that ever happened to me. Seriously.

After spending my first year of college with my Fitbit glued to my wrist, it finally slipped off one Saturday night. In the moment, I wasn’t upset about losing the watch or having to spend hours of my night scourging a gross dance floor for it—I was upset that the steps I was taking to find it wouldn’t be counted. They didn’t matter. This is when I realized my push for healthier habits may have turned obsessive.

Over the course of that year, I had meticulously tracked my steps. I paced back and forth at 11 p.m. at night just to hit my 10,000 step goal for the day, even though that arbitrary number never really made any sense. I was a relatively active person: I went to the gym, practiced yoga, and walked all over campus. Why was I so hung up on hitting 10,000 steps?

Surprisingly (or not, depending on your outlook), the ethos of “10,000 steps a day” didn’t come from a doctor or health research. Its origin is commonly attributed to a 196os Japanese marketing campaign to sell a new pedometer. Yes, a 60-year-old ad campaign is at least partly responsible for our modern-day fixation on step count.

Fitbit automatically sets a user’s step goal to 10,000 steps. Users on social media apps, like TikTok or Instagram, often share videos of themselves hitting their 10,000 step goal. (Case in point: the hashtag #10000steps has over 10 million views on TikTok.) These creators often offer tips on how to hit the goal and explain why 10,000 steps a day is beneficial. And while there’s certainly not anything wrong with racking up 10,000 steps per day, it may not be the best number for everyone.

Research has shown that taking fewer steps per day could have a similar impact on your health. A 2019 study found a link between lower mortality rates and higher daily step counts in older women—until participants reached 7,500 steps. For these participants, who had a mean age of 72, walking 10,000 steps a day wasn’t better than walking 7,500 steps a day. A recent meta-analysis of 15 studies on the topic mirrors these 2019 findings. In the analysis, researchers note 6,000 to 8,000 steps a day seems to be the optimal number for adults older than 60, while 8,000 to 10,000 appears to be the key number for younger adults.

Based on this research, 10,000 is far from a perfect number. But there’s just something about it. To start, we tend to gravitate toward round numbers—10,000 is simply more appealing than 9,574. A 2010 study found participants were more likely to increase their effort when their performance was shy of a round number.

There’s something else at play here, too—it’s difficult to reverse a concept we’ve already grown attached to. “Whether it’s gadgets or technology out there, anything fitness related, unfortunately, tends not to really go back to the science and say, ‘OK, does this really make sense?’,” says Heather Hausenblas, PhD, professor of kinesiology at Jacksonville University. Rather than figure out the right step count for their health goals and age, people tend to attach themselves to the 10,000 rule.

Sort of. “If someone’s hitting or just trying to get around 10,000 steps a day, that’s just not enough activity to be classified as an addiction,” Hausenblas says. “But I have seen individuals that we would classify as exercise addicted that are hitting 30,000-plus steps a day, so it’s really on the high end, and it’s kind of this drive that each day they need to get more and more and more.” For someone who’s addicted, Hausenblas says it will be a compulsion. If you’re skipping out on plans or pushing aside other tasks just to hit your step count, that may be a sign of a larger issue.

So, how many steps a day should I be taking?

It depends on your age and health condition. If you have a metabolic syndrome, you may want to be taking more than 10,000 steps per day, Hausenblas says. However, for older adults, around 5,000 steps a day seems to be a good number, while a goal for younger adults should be around 7,500 steps.

Of course, your step count isn’t everything when it comes to staying healthy, Hausenblas says. She recommends pairing your daily steps with other strength-based workouts or balance and mobility exercises—or even hitting the dance floor. And don’t be afraid to leave your Fitbit at home.