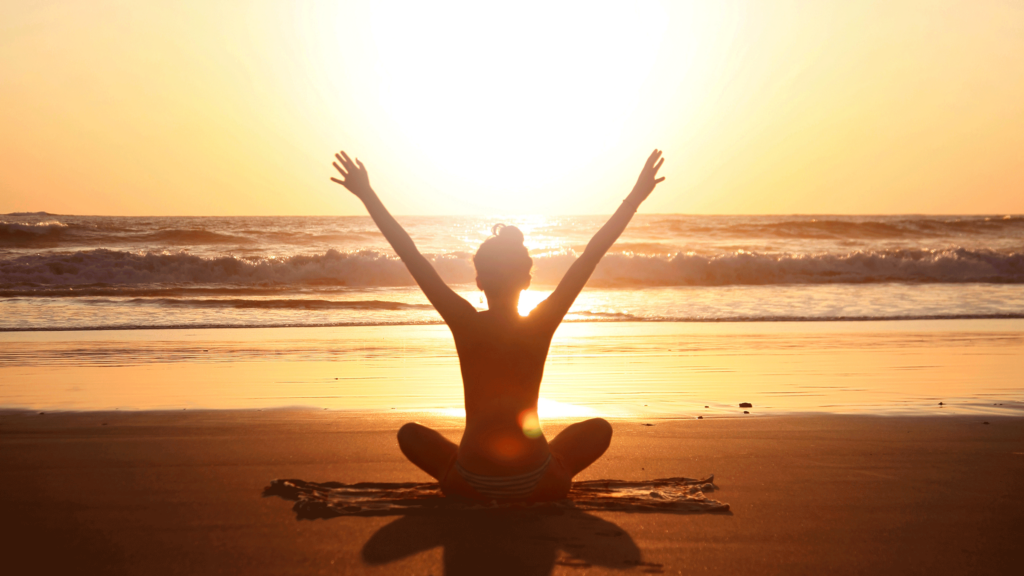 It’s a catalyzing week of blessings and awakenings as we begin a three-month, retrograde-free chapter.

In 1781, the understanding of our solar system broke through old levels of awareness with a discovery that would forever alter our accepted concepts of the cosmos. That revelation was the sighting of the planet Uranus.

Uranus is a planet of revolution. It stands for change, awakening, rebellion, freedom, and authenticity. When Uranus energy is strong in our cosmos, it doesn’t go unnoticed.

Just as its discovery did for astrology, the visionary Uranus cracks open our foundations in the name of growth and freedom. We will be guided to take new steps, leap into the unknown, and step past our comfort zones.

The catalyzing planet has been in a dance with Taurus since 2018 and will continue its duet until 2026. We are no strangers to the invitations after being in relationship with them for the last several years. Although when Uranus is in retrograde, as it has been since August 2022, we are gifted with a window in time to pause, to digest, and to make sense of the many changes that this planet has bestowed upon us during the last five years.

Uranus will stations direct on January 22, 2023. As it once again begins to move in a forward motion, Uranus in the Venus-ruled sign of Taurus invites an uprooting of anything that has become stale. It is here to breathe fresh air, visionary ideas, and surges of awakening into our lives.

Uranus retrograde coming to an end also brings with it the beginning of a three-month period of no planets in retrograde.

On January 27, 2023, we will experience a favorable, compassionate, and dreamy cosmic shift as Venus moves out of Aquarius and into Pisces.

Venus is our planet of harmony and self-worth, pleasure and our values.Wherever Venus goes, she bestows luck, love, abundance, beauty, and blessings.

Pisces is the last sign of the zodiac. It is a sign of spirituality, oneness, and creativity. Think of it as a dreamer, blurring the boundaries between the seen and unseen, the physical and the mystical, reality and dreams.

As Venus comes into connection with Pisces, it is a coming together of warmth and femininity, compassion and forgiveness. The companionship of Venus and Pisces brings an essence of magic to it and invites us to step into the mystery of magic, into the unseen that flows into the seen, into the effortless state of receptivity. It is also a time where forgiveness is our healer, dreaming is our doing, and love for both self and others is the medicine we have been waiting for.

As Uranus sparks its awakening and surges freedom into our lives, let yourself think far outside the box. Allow yourself to take off any self-limiting identities, belief structures, or plans for your life and let this revolutionary planet take you by the hand and show you how much more is possible. Let it show you how authentic, true, and free you can feel. Let it surprise you. As a snake sheds its skin, as the Moon begins again and again and again, let yourself too, be renewed. And let it be easy. Enjoy your becoming—Venus so desires this for you.

Venus in Pisces invites you into the dreamland of the stars, reminding you of the magic that surrounds you, whispering memories of inherent worthiness, compassion, and oneness with all of life. The medicine of this transit is the invitation to sit in receptivity and allow yourself to be open to blessings, admiration, love, abundance, dreams, and forgiveness.

This week brings elements of freedom, awakening, and authenticity and pairs them with magic, receptivity, dreaming, and healing. It invites visioning and forward movement and brings ease and blessings.

It’s a week to say thank you. We have moved through some muddy cosmic energies stepping through the gates of this new year, but as we look ahead, the way becomes clear, inviting, and filled with blessings.

Learn more about the influence of astrology in your life, including astrological events the Moon cycles, your Sun and Moon and rising signs, how journaling can help you connect with the current influences, and more with Jordane Maree at Girl and her Moon.

Jordane Maree is the founder of Girl and Her Moon, a platform and community exploring Soul through the lens of astrology, tarot, and energy healing. She is a writer, intuitive astrologer, energy and soul guide, and host of Girl and Her Moon, The Podcast. She is inspired, every single day, to be the mirror for you to see all that you truly are, you in all your infinite abilities, in total expansion, in infinite opportunity and love.