September 2022 begins with Mercury moving at a slower pace than usual in its approach to retrograde. It has company this month, with several other planets also backtracking and reviewing what they have recently left behind. This means we will be prompted to do the same with our recent past and how we show up to life.

Also, the weeks to come bring an underlying and somewhat indefinable tension from Saturn square Uranus, an astrological aspect that means the planets are 90 degrees apart. This began in January 2021 and has yet to crescendo. Until it does, we will be challenged to observe and confront our self-destructive patterns and projections until we make the necessary changes.

Jupiter is considered the planet of expansion. It going retrograde in fiery Aries relates to taking time to contemplate the past in order to clear the way ahead. With Jupiter opposed by Mercury in Libra, be aware of something or someone creating a necessary sort of tension as a situation continues to unfold. Try not to look at this as a foe but rather a challenge.

With Mercury retrograde imminent, whatever happens on the 3rd can be regarded as lessoning in how to handle a situation that needs addressing. The situation will recur, especially since Mercury will oppose Jupiter twice more during its retrograde journey. Stay aware of your role and consider what you would like to have handled differently in the past. You’ll have the chance to address this when you inevitably encounter the same situation again.

Mainstream narratives often portray Virgo as constantly distracted by what’s wrong with a situation, but that’s not quite accurate to the process of Virgo. Think of it as the sign that highlights purification. Consider how a grain must go through a process of purification before it is digestible. There is nothing inherently wrong with the grain. However, it must go through this process in order for it to be experienced and assimilated. This is the sort of purification Virgo seeks.

Venus, the planet of harmony, in Virgo can reveal itself in our relationships with others as well as our relationship with life. Is what you tend to see as “wrong” in your connections or situations a desire for adjustments that would make you feel better? Look  instead at how you can establish what you think you need. Own it rather than make it out to be something that is wrong.

Pisces, is a mutable water sign, which means it can create an experience of moving fluidly in a zigzag motion rather than a direct line. Pisces signifies emotional change and is ruled by the planet Jupiter, which removes obstacles from your pathway. The full Moon in Pisces tends to illuminate the essence of what needs to be released from your life. This emotional release will be assisted by Jupiter in a square with Mars in Gemini, which can represent needing to let go of an emotional state that you have been wandering around in for quite a while.

Mercury goes retrograde in Libra, another area where the zigzag experience is present. Throughout the retrograde cycle, which lasts until October 1, there may be some relational, personal, or business contracts that need to be revised or renegotiated.

When positioned in a terse square, Mars in Gemini argues with Venus in Virgo. Mars, the warrior planet, seeks variety and forward movement when it’s in the sign of thought and organization. Venus in Virgo seeks comfort through accessing perceived perfection. You are being asked—or challenged, depending on your perspective—to notice where can you continue to expand while also refining your mental processing.

Whenever the Sun is in connection with an outer planet, it is a strong opportunity to connect with something bigger than yourself. The Sun in Virgo asks you to be diligent about using the techniques and tools you have learned to connect with Neptune retrograde in Pisces, which can invite you to go beyond your usual everyday life. This often shows up as an experience that could easily overwhelm you.

The word “overwhelm” means “to overthrow through a complete submerging.” This is the experience that many of us attempt to access through our practice of yoga: overthrowing the egoic self and accessing a state of absorption. The ways in which we respond to overwhelm can vary greatly. One way is that of grasping for control when life has invited you to surrender, take a step back, or simply say yes to the process that is being brought to you. Another approach includes moments of a transcendent nature, in which you access a deeper part of yourself that is connected to the larger whole.

Since Neptune corresponds to sound and vibrational healing, listening to specific sound frequencies can be beneficial in attuning to this transit. Finding a place in nature where you can practice mantra is another way to harness this energy.

Mercury returns to Virgo during its retrograde journey to reorganize some of the ways it has been relating to life and to others while it has been in Libra. The process is much when you step away from your house, return, and are better able to reorganize and create a much more balanced state in order. From there, you can move forward with more ease and clarity.

The new Moon in Libra is accompanied by Mercury retrograde in Virgo, highlighting that although this is typically a time when we set intentions, it is also a cycle of review. Venus, ruler of the new Moon, asks you to get in touch with what brings you pleasure. Explore how you can make adjustments to create more of this in your world as well as for those around you.

Venus, the planet and goddess of relating, enters Libra, which weighs everything and wants to offer her abundance of resources. Venus in Libra often brings a sense of sweet relief to situations where balance and harmony have been lacking. If you’ve been experiencing some critical moments since September 5th when Venus enters Virgo, reconciliation can now be found in any connection and circumstance, not just relationships.

An aspect that will continue to exert its influence in the coming months is Saturn in Aquarius square Uranus in Taurus. Uranus in Taurus asks you to move forward and break free in a way that feels grounded in your body. Saturn in Aquarius demands that you address any unconscious thoughts and conditioned behaviors that are the blueprint for how you perceive and think about life. This aspect has been an ongoing experience since January 2021.

This creates some subtle tensions that will continue to increase. Understanding that this is occurring in the background can allow you to distinguish between your present state of being and an old pattern or past projection. Remember, noting that an experience is a projection does not make it wrong. The awareness, however, is essential so that you can sort it out with discernment and respond from a clear position.

Cameron Allen began his path to understanding mind-body awareness with a degree in health and sports science and psychology. Beyond the colonized education system, he began seeking understanding through direct experience with nature, Astrology, herbalism, rootwork, yoga, and other indigenous technologies. Cameron is a herbalist, astrologer, and writer. Cameron is a student of life and continues to deepen his studies of ancient wisdom and apply it to modern life. 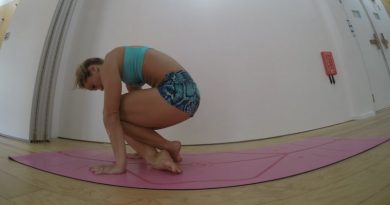 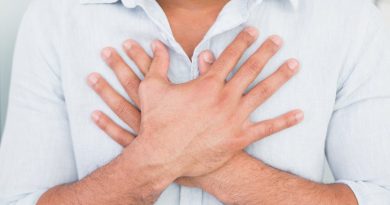 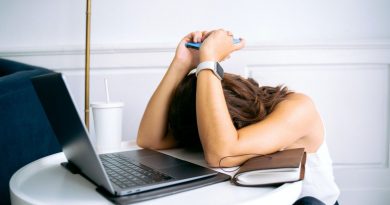