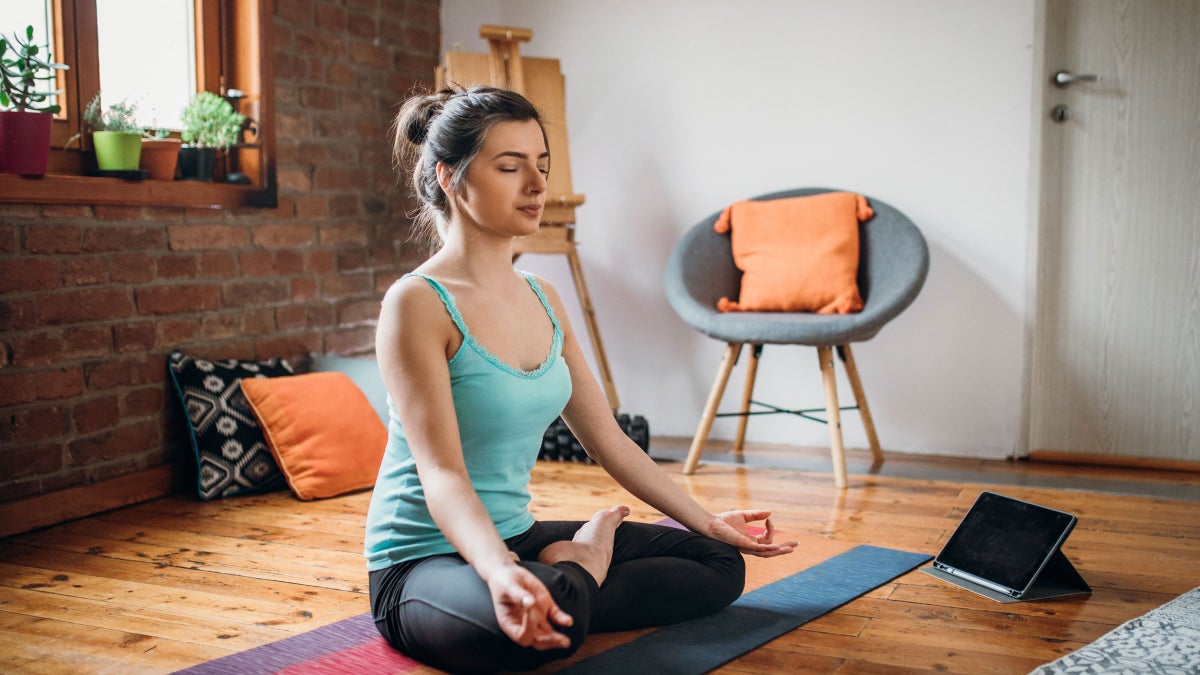 We typically turn to the physical practice of yoga to help ourselves, whether our intention is to quiet our thoughts, stretch or challenge our bodies, lower our blood pressure, enhance our focus, or, increasingly, handle the helplessness many of us experience in the face of, well, everything.

On Tuesday, June 21, your yoga practice can benefit others as well as yourself through the Practice for Peace summit. The online event, which falls on the International Day of Yoga, will feature a yoga and meditation practice as well as a panel discussion of social consciousness, community, and how to enact change within ourselves and the world. All proceeds will benefit children and adolescents with cancer whose lives and treatments have been disrupted by the war in Ukraine.

The practice portion of the video summit will be led by Jordan Ashley, yoga teacher and founder of the Souljourn Yoga Foundation, which organized the event in partnership with the World Association of Former United Nations Interns and Fellows (WAFUNIF). A former reporter in Southeast Asia and self-described activist, Ashley’s mission is sharing “yoga as a vehicle for cultivating peace—within ourselves and in the world around us.”

Similarly, that type of peace is the mission behind Yoga United for Ukraine, which will receive 100% of the proceeds from the event. Practice for Peace illustrates how the intentions of an individual can turn directly into global action, with the proceeds and donations from participants channeled from organization to organization until it effects actual change in the lives of others. It is yoga as unity.

Yoga can’t solve everything, but it can help

Yoga United for Ukraine is an organization of oncology yoga therapists and yoga teachers in the United States, Canada, United Kingdom, Australia, and India who work in academic medical centers and hospitals to integrate yoga into standard cancer care. The mission of the organization, according to its website, is to support patients and families as they endure the traumatic experience of cancer, which “requires an enormous inner strength from parents, siblings, or close relatives.” And, the organization explains, “Tragically, Ukrainian families affected by cancer are now faced with a second malignancy: War.”

That organization, in turn, is working in support of the Tabletochki Charity Foundation, which was founded more than a decade ago to support pediatric oncology in Ukraine. According to the organization’s website, since the Russian invasion in February,  Tabletochki has provided humanitarian aid to cancer patients by helping more than 260 families evacuate and relocate to medical treatment centers in other countries. The organization has also provided psychological support for those who have evacuated the country as well as the families that remain in Ukraine, some of them in hospital bomb shelters.

Tabletochki continues to provide medical supplies, food to hospitals and those sheltering at home and, in recent months, has even organized birthday celebrations for cancer patients in Ukraine. It also offers financial assistance to families as well as healthcare workers who are working overtime.

How to participate in Practice for Peace

Following the yoga and meditation portion of Practice for Peace is a panel discussion and Q&A with several experts on various aspects of yoga as its relates to social and self awareness, including yoga’s role in oncology, navigating trauma, and befriending your body.

Practice for Peace takes place Tuesday, June 21, from noon to 1:30 pm EDT. To learn more or reserve your place at the summit, see souljournyoga.com/events/practiceforpeace. You can also donate directly to Yoga United for Ukraine and the Tabletochki Charity Foundation.

Renee Marie Schettler is a senior editor at Yoga Journal and a student and teacher of yoga. Follow her at @reneemarieschettler.