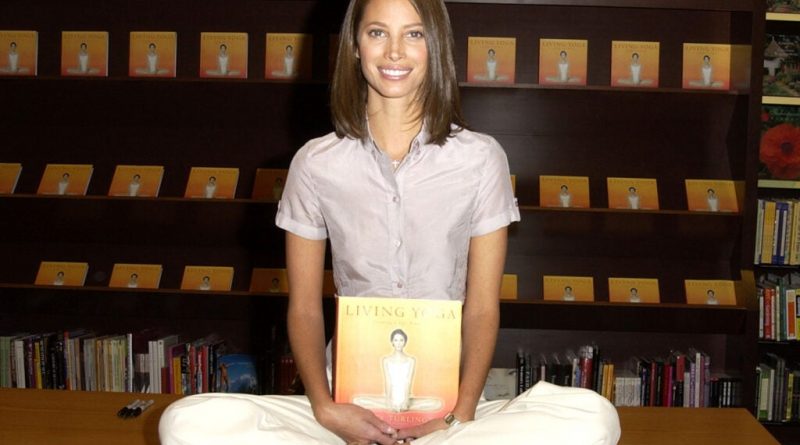 For more than two decades, several pages that I carefully ripped from a magazine have been among my most treasured possessions. The pages feature supermodel Christy Turlington practicing yoga.

This started when I was in my 20s, at a time when I identified—quite adamantly—as a non-yoga person. I was a runner and hiker and seeker of intense experiences. I intentionally, and quite defiantly, had nothing to do with yoga. My early impression of the practice was unitard-wearing contortionists who spoke in singsongy voices as if to five year olds. People I knew back then who practiced yoga preached at others to turn vegetarian and talked about peace and love with an undertone of judgment. The one time I walked into the lobby of a yoga studio in my neighborhood, I took in the crystals and tarot cards and incense so intense I could barely breathe and walked straight back out. Not my vibe.

I was a writer and newspaper editor fueled by deadline-and-espresso-exacerbated anxiety. My off hours were spent working out at the gym or drinking with girlfriends. I had no interest in unitards or woo-woo.

But when I happened upon those pages in a 2002 issue of Shape magazine, I started to have a change of perspective. Turlington appears in subdued black-and-white photos, wearing minimal make-up, slicked-back hair, and a simple tank and shorts. On each page were a dozen or so words expressing, in Turlington’s voice, what yoga means to her.

Whether it was the subdued vibe of the photography, the serene expression on Turlington’s face, or the unexpectedness of a Vogue model explaining yoga principles that caught my attention, I can’t say. What I know for certain is that her words retained my interest in that moment and for years afterward.

When I learned what yoga actually means

In simple terms, Turlington expressed what yoga allowed her to experience. She talked about grace and openness, unity and harmony. Perhaps the concepts felt vaguely familiar since, like Turlington, I had explored comparative religion and eastern philosophy. “Being receptive to different views and perspectives allows for unlimited horizons of spiritual potential,” she wrote.

As I took in the words and concepts, I allowed myself to imagine how those ideas could play out in my own life. I could feel that there was space within yoga for discipline and strength and self-awareness but also ease and surrender and community.

Although I consumed fashion magazines as frequently as I did caffeine, I had never before witnessed in Turlington the sort of poise I saw in those photos. I wanted that for myself.

In the months and years that followed, I was drawn to those pages again and again. Five years later, I moved to Manhattan—into a new career, new apartment, and new life. I desperately needed steadiness. At the publication where I was an editor, I observed that my colleagues who practiced yoga exuded the same calm, confident, and self-assured vibe and attitude expressed by Turlington Burns. (She wed actor and director Ed Burns in 2003.) Not long after, I went to my first yoga class. I didn’t walk out.

That was twenty years ago and those pages—glossy and wrinkled—have remained with me through many an upheaval of my life, including moves from apartment to apartment, from city to city, from one iteration of myself to another. These days, I still practice yoga. I also teach yoga—to runners and exhausted moms, to cancer survivors and those trying to leave addiction behind. And I currently edit and write articles about yoga at this magazine where Turlington Burns was once an editor at large. I sometimes find myself praying that the articles I produce land with someone the same way hers did for me.

What Christy Turlington can teach us all about yoga

You don’t have to look far to understand how the less physical components of yoga align with Turlington Burns’ approach to life. The tenets of her yoga practice—grace, openness, unity, and harmony—are mirrored in the turn her career took a couple years after that article was published.

After experiencing complications during the birth of her first daughter, Turlington Burns became an advocate for globally accessible maternal health care. She didn’t just lend her face and name to the effort. She earned a master’s degree in Public Health at Columbia University and, in 2010, released her directorial debut, the documentary No Woman, No Cry. The film, intended to raise awareness of the “hundreds of thousands of women a year” for whom pregnancy is a death sentence, chronicles the lack of access to maternal medical care in Tanzania, Bangladesh, Guatemala, and the United States.

Following the release of the documentary, Turlington Burns founded Every Mother Counts, a not-for-profit organization dedicated to making “pregnancy and childbirth safe, equitable, and respectful for every mother, everywhere.” The organization, named one of the Top 10 Most Innovative Not-For-Profit Companies by Fast Company magazine in 2016, has provided more than $25 million in support of maternal health programs in Latin America, South Asia, Africa, and the United States.

There are also quieter ways Turlington Burns reminds us what it is to be part of the human experience. Her Instagram page reads, quite simply, “Mother, Wife, Daughter, Sister, Advocate & Founder of @everymomcounts. Please join me to make pregnancy & childbirth safe for every mother, everywhere.”

In an age where it is abundantly easy to overfocus on oneself, we need the example of people who not only intend to take a stance for those who lack a voice but who have actually put actions behind words. But perhaps before we can do that, we need to remind ourselves who we actually are. I don’t know who I would be without the challenging, quieting, cringe-inducing, sigh-releasing, humbling, and life-changing lessons yoga has brought me. Although I do know who I was before it and I am no longer her. And I know who I have to thank for that.

On Saturday, November 12, 2022, Christy Turlington Burns’ work will be recognized by the Yoga Gives Back Foundation (YGB). Each year, the organization acknowledges a visionary who has “committed themselves to humanitarian causes” and “inspired the global yoga community and beyond with their vision.” Previous recipients include Alanis Morissette, Jack Kornfield, and Mallika Chopra.

Renee Marie Schettler is a senior editor at Yoga Journal. She started studying yoga nearly 20 years ago with teachers in New York City who emphasized challenging oneself and finding precise alignment in a posture. Her understanding of yoga changed when she began practicing with teachers who believe the practice is less about how we execute the asana and more about whether we can surrender into the stillness of it. She has been teaching yoga since 2017. 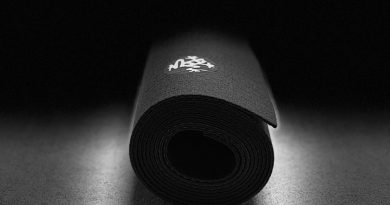 Practical Advice from the Yoga Mat – Daily Cup of Yoga 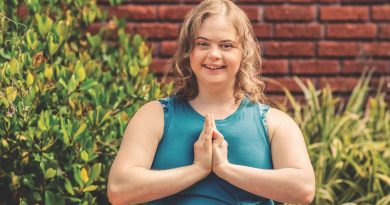 What the Fall Equinox 2022 Means in Astrology

Men Inside The Yoga At Home,Yoga Class