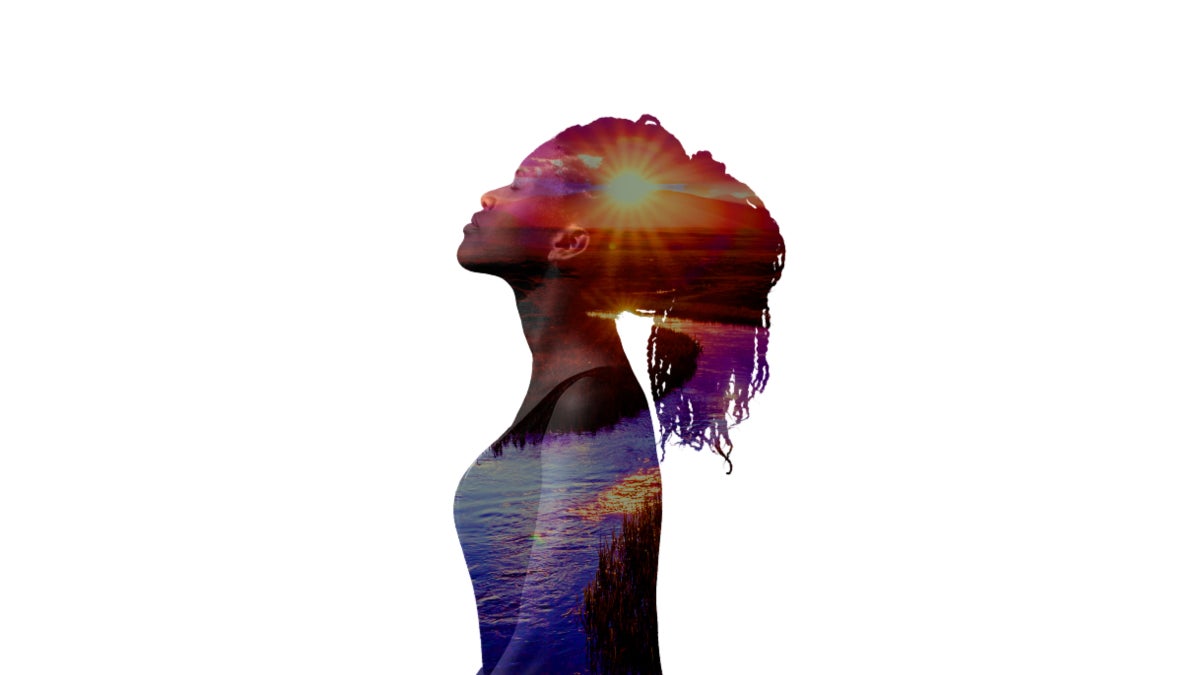 I began practicing yoga so long ago that yoga pants didn’t exist. We had only pants and you could wear them to yoga. I was 16 years old and it was the 1990s—the height of fashion, I should note. But it wasn’t the height of yoga’s popularity. Far from it. Yoga was gaining interest beyond India, although it wasn’t cool yet.

I loved yoga anyway. Actually, perhaps that’s why I loved it. Our teenage years tend to be defined by feeling out of place. We no longer belong to our childhood nor are we wholly welcome or comfortable in the world of adults. We’re interlopers.

My fellow yogis were retirees older than my grandparents, yet despite all of the reasons I could have felt out of place, I didn’t. I had been prepared for people to coo about how cute it was that I was there. Or ask where I learned about yoga. Or if I was lost.

But my wise teacher made no such remarks. She merely looked at me, maybe a tad surprised and amused, and with unmistakable kindness. Benevolence, even.

“This kid needs to be here.”

She didn’t say this, but I heard it. Until recently, I had always attributed the voice to my teacher. After all, she had been looking at me when I heard the voice. No one else was nearby. I’ve since reconsidered. It’s taken more than two decades of self-inquiry (much of it while wearing yoga pants), but I’ve come to recognize that voice as something else, simultaneously grander and more internal. Less mystical yet more profound. It was the voice of self-care.

What exactly is self-care?

The term “self-care” is relatively new; its usage wasn’t commonplace until recent years. Then, during the forced isolation of the pandemic, the call of self-care grew louder. Once a helpful suggestion, it was suddenly a thrum of survival. Health experts of all stripes impressed the importance of deliberately tending to our physical, mental, and emotional well-being during a time defined by excessive and sustained stress.

I appreciate the act of self-care, the daily reality and rituals of it. I believe in it so fiercely that I’ve staked my life’s work on helping people develop their internal resources through practices such as yoga and meditation. Yet I’ve grappled with the messaging.

Like any wellness experience in which products and services can be bought and sold (yoga is no exception), it can become difficult to parse the glossy sheen of marketing from the intrinsic value of a thing. Or to distinguish what other people say about something versus what it means to us.

Once self-care arrived in our collective consciousness, slipped into casual conversation, and overhauled the language of entire industries —beauty, skin care, food, and fitness, to name a few—things got complicated. I sensed a sly trick was being played when suddenly dieting, Botox, and devices that beep and boop were rebranded as self-care.

What happens when a crucial aspect of our health—self-care—gets co-opted by capitalism? I’ll tell you: A target audience, typically women, is encouraged to do something, buy something, and, let’s be honest, fret in some fashion—namely, about our appearance—under the guise of something holistic. For a time, I began to wonder if self- care and skin care had become synonyms.

How to discern the voice of self-care

I worry that too much emphasis on these superficial types of self-care could worsen our American fetish for individualism, further allowing society to shirk our responsibility for taking better care of each other. “Self-care is soooo important,” people can cluck at new mothers, for instance, rather than provide the social infrastructure they need in the form of paid leave, healthcare, and affordable childcare. (Forgive me, I’m a working mother on the heels of a pandemic. Sometimes my self feels wrung out by all my caring.)

I sought the counsel of Angela Cooke-Jackson, PhD. She’s a friend and a professor of public health at California State University, Los Angeles, who specializes in communication and behavioral science and has an informed perspective about self-care. She agreed. “I’m saddened that it became commercialized. Hijacked, so to speak,” she told me. “The hijack feels so familiar in our society—finding a way to commodify something that is so important and necessary for each one of us to do on a very visceral level.”

A visceral level. That’s it! I realized it doesn’t matter what others say or what they’re selling. It’s about the embodied feeling we create. Cooke-Jackson shared this clarifying quote from Parker Palmer’s book Let Your Life Speak: “Self-care is never a selfish act—it is simply good stewardship of the only gift I have, the gift I was put on Earth to offer others. Anytime we can listen to true self and give the care it requires, we do it not only for ourselves, but for the many others whose lives we touch.”

Making time for meaningful connections is self-care. Communicating healthy boundaries with people who intrude on our peace is self-care. (Have you ever graciously—without waffling or worrying—indicated that you can no longer tolerate the bull from someone? It’s like being given a set of wings.) Getting enough sleep. Taking a long walk under large trees. Putting your legs up the wall in Viparita Karani for five uninterrupted minutes after everyone else goes to bed. Breathing slowly and deeply, right here, right now. Allowing a tender voice to arise in quiet moments. One that says: You are enough. You are where you need to be. You can rest.

That voice never says to what needs healing, “Hurry up already!” It doesn’t raise a judgmental eyebrow or harp about whether we’ve gained or lost weight. It doesn’t try to keep up or hustle harder or tell you to “sleep when you die.” That is the voice of the patriarchy.

Once you decipher the voices—there are so many in our heads—the action of self-care becomes easier, more affirming, and rewarding. We can buy all the wellness widgets in the world and they will not save us if the voice in our heads is devoted to treating us like a machine rather than a person.

The voice of self-care is caring. It might recommend soaking in a warm bubble bath or shivering in a tub of ice. It could mean taking a nap or rising at dawn to run. It’s eating well, drinking enough water, and allowing ourselves to be still, without guilt or shame, until the voices hush and the urge to scroll a screen or open the fridge dissipates.

Self-care is never a one-size-fits-all process; it is a practice. And, yes, the messaging gets muddled sometimes, a common side effect when money is exchanged for goods that promise to make us feel better. Much of the foundation of self-care is free. And, no, of course, self-care isn’t the answer to everything. But it’s often the starting point for the most hard-fought states of being: self-acceptance, healing, and peace, to name a few.

If you’re ever in doubt, listen for the voice. If it says you’re where you need to be, that you don’t have to feel like an interloper in your own skin or your own life, that you are welcome and worthy, then you have struck upon the most priceless self-care tool of all. Listen to that voice. Let it be your guide.

Self-care takes many forms. Consider what practices best serve your well-being at any moment:

Physical: Prioritize proper sleep, fuel, exercise, health, and, yes, caring for your appearance, if that makes you feel good and comes from a place of self-care.

Mental: Be aware of feeling over- or under-stimulated.

Spiritual: Engage in spiritually fulfilling practices as needed or desired.

Rebecca Pacheco is an award-winning blogger and author. She has taught yoga and meditation for more than 20 years and is the author of Still Life: The Myths and Magic of Mindful Living (Harper Wave, 2021).