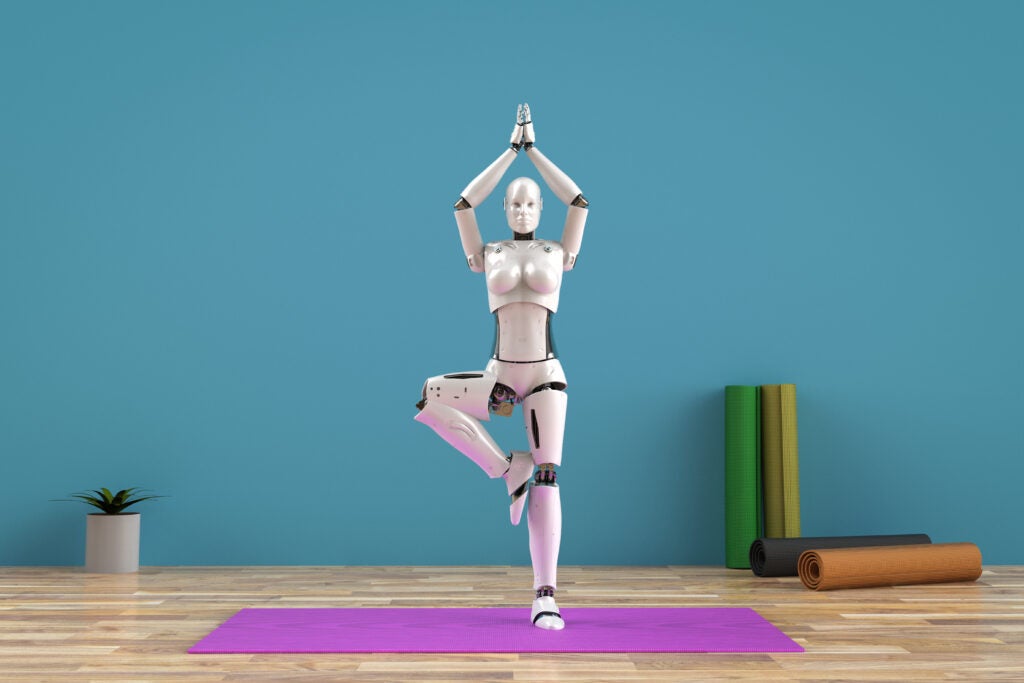 By now you’ve heard about ChatGPT and other AI programs sparking the curiosity—and concern—of the internet. The artificial intelligence tool gathers information and delivers it in whatever format you need. Think AI ghost writer. Need to compose an English essay? Create a business proposal? Zhuzh your resume? Just type in your parameters, click enter, and it’ll respond in a matter of seconds.

Teachers and college professors are already concerned about ChatGPT’s ability to closely mimic the amateurish writing of students. The bot’s handiwork currently flies under the radar of plagiarism trackers. Technically, it’s not plagiarism, although it’s not entirely passable as original content. A careful read might detect something “off” about the rhythm of the language and a Princeton student recently developed a website that can discern whether something is written by a human or a bot.

It’s one thing to string together a bunch of sentences on a topic. It’s another to mimic someone with hundreds of hours of training on a topic. Or is it? Should yoga instructors be concerned ChatGPT is coming for their jobs?

Can ChatGPT create a yoga class?

Sequence builder apps have been marketed to yoga teachers for years. There’s a reason they never quite took off. While it may seem like a time saver, a computer program cannot capture the subtleties involved in carefully preparing bodies in specific ways for more intense poses and creating easeful and graceful transitions from one pose to another. As a yoga teacher facing a roomful of unique bodies, you need patience, practice, and presence–not your iPhone.

The YJ editors were curious about the possibilities—and pitfalls—of ChatGPT technology and started playing around with prompts. Then one of us decided to see what would happen when he asked for a one-hour ChatGPT yoga class set to a playlist by Lizzo.

This is what ChatGPT delivered in response to our request:

Here is a 60-minute vinyasa yoga sequence with an up-tempo style that could be paired with Lizzo’s music:

Remember to listen to your body and modify any poses as needed. It’s also important to have proper alignment in each pose to prevent injury. Enjoy your practice!

The limitations of ChatGPT yoga

Deliberate sequencing and clear cues are essential for a practitioner to know how to move their body from one position to another safely. In the Chat GPT sequence, it’s generally unclear what pose to do first, how long to hold it, or even how to transition from one pose to another.

Surya Namaskar (Sun Salutation) is a pretty vigorous way to start a yoga session–especially when you’re keeping pace with the beat of “Good As Hell.” Most teachers instead begin class by cueing students to feel grounded, centered, and warmed up prior to launching into Sun As.

Also, Sun Salutes are a set series of postures practiced in a particular order. Yoga teachers typically need to cue the sequence pose-by-pose to remind newer students what comes next and offer variations and offer constructive advice on common misalignments.

What limited instruction ChatGPT does offer throughout its “sequence” is severely generic in terms of how to find alignment in a pose. There’s no insight into variations you can offer or cues that help students find safe alignment for their bodies. Also, telling a yoga student that a pose can be held for “a few breaths” and “flowed into one another” is abysmally vague instruction, almost as if there’s an underlying assumption that Lizzo’s beat will magically provide a solution. (The musical equivalent of spiritual bypassing!)

When cueing students into balance poses such as Vrkssasana (Tree Pose) or Ardha Chandrasana (Half Moon Pose) most instructors would give careful and plentiful guidance about how to enter the pose, as well as what to do if you fall out of the pose or are unable to find the full expression of it. Not ChatGPT.

And good luck moving through that series of plank poses. Sequencing several intense weight-bearing postures in a row is not only exhausting for students but a reason why many experience chronic shoulder injuries. Also, we’ve never heard a teacher cue anything called “low plank.” (We assume that means Chaturanga or Forearm Plank.)

And no conscientious instructor would allow a student to freestyle a sequence this way when building toward a peak pose like Headstand.

The AI sequence is disappointingly low on sequencing savvy and actual instruction. Not surprisingly, what we found equally lacking was any sense of personality. Where was the occasional humor? And where were the succinctly worded and carefully timed insights into the greater practice of yoga that we typically take away from time spent with our most trusted teachers? We rely on those insights to remind us that how we show up to a yoga pose is how we tend to show up to everyday life, whether that translates to slowing our breath when we’re challenged, releasing unnecessary tension, sitting still with tolerable discomfort or finding a different that works better for us, or challenging ourselves to summon the courage to try something new.

What ChatGPT doesn’t seem to understand is that just because you’re moving through yoga poses does not mean you are actually practicing the fuller teachings of yoga.

Who would use ChatGPT yoga?

If you’re experienced with yoga, it’s possible you could improvise and move according to this sort of loose (some might say irresponsibly vague) instruction. If you’re a novice or simply not a teacher, you’ll need a lot more information than what this AI-generated sequence provides in order to practice yoga safely. (Yoga injuries are a thing.)

Maybe a yoga teacher would ask ChatGPT to rough out a sequence in a pinch, but what happens when you walk into class relying on something generated by AI only to find that one of your students is a few weeks out from knee surgery and another has a stiff shoulder? A computer-generated sequence can’t help when you need to improvise.

Is it possible to teach a bot to teach yoga?

We asked ChatGPT to generate a yoga sequence for someone who recently had knee surgery. In one minute and 20 seconds we had a seven-pose sequence. But it featured Child’s Pose and Cat-Cow, both practiced on all fours, and Pigeon Pose, which can be hard on the knee joints of even the most flexible yoga practitioner.

Feeling generous, we gave the bot a second chance and specifically asked for a yoga session with no kneeling poses. ChatCPT quickly spit out another sequence. This one also included Child’s Pose.

Should you let ChatGPT be your DJ?

As for the playlist generated by ChatGPT, we can see it potentially working for a Trap Yoga class or something hard core and high-energy, like a Y7 session. That’s assuming you come down on the “let’s jam” side of the debate about what music, if any, is appropriate for yoga class. (Some yoga teachers believe music, especially with lyrics, is too distracting.)

Those instructors who do create playlists usually make sure each song mirrors the vibe at that point during the trajectory of class, with many teachers spending as much time putting together their playlist as they do developing their actual yoga sequence. ChatGPT clearly missed that session of yoga teacher training.

We appreciate that Lizzo’s “Coconut Oil” would allow students to be in the final resting pose, known as Savasana, for a luxurious four-plus minutes, which is more than twice as long as what you experience in a lot of studio classes.  Although it’s an inspiring anthem, the song would bring an upbeat tone that feels quite a little incongruous with quiet meditation.

Also, the playlist falls short of half an hour, let alone the full hour-long class requested. Maybe we were supposed to like it so much we’d want to put it on loop?

To be fair, we were forewarned. When you sign up on ChatGPT site, you get this message: “While we have safeguards in place, the system may occasionally generate incorrect or misleading information and produce offensive or biased content. It is not intended to give advice.”

So take some advice from us: If you’re tempted to opt for a cheap alternative to an actual yoga class or cheat when coming up with your yoga sequence, don’t chat with a bot.

See also: These Will Be the Biggest Heath and Fitness Trends of 2023